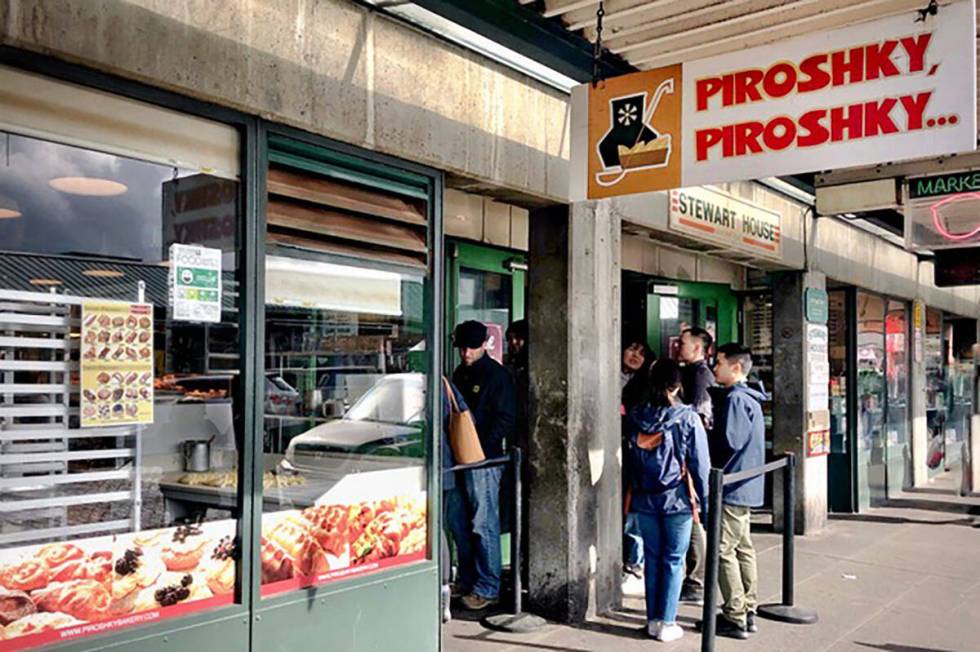 Friday is your last chance to order delectable pastries from Piroshky Piroshky. The famed Seattle-based eatery will be delivering its Russian-style savory morsels in flavor combinations like potato-mushroom and beef-onion to Henderson’s Bad Beat Brewing on Sunday. Vegan and sweet varieties are on the menu, too. Order online by 3:30 p.m. at piroshkybakery.com. (Hip tip: Click on the Calendar tab.)

What better day to start than April Fool’s Day? “NEWSical The Musical,” billed as the fifth longest-running musical in Off-Broadway history, kicks off a three-week run of mocking current events in song — with a Las Vegas twist. See it at 8 p.m. Friday through Sunday, with additional shows Thursdays-Sundays through April 24, at Majestic Repertory Theatre, 1217 S. Main St. Tickets are $40.

Baseball’s back! The major league lockout wiped out both Big League Weekends, but the Las Vegas Aviators haven’t missed a beat. A six-game homestand against the Reno Aces opens the season Tuesday, with a series of promotional nights to follow. The dog-friendly Bark in the Park is set for Wednesday, with $2 Beer Night on Thursday, fireworks on April 8 and a T-shirt giveaway April 9. Game time is 7:05 p.m. each day, with a 12:05 p.m. start April 10, at Las Vegas Ballpark. Tickets start at $13. 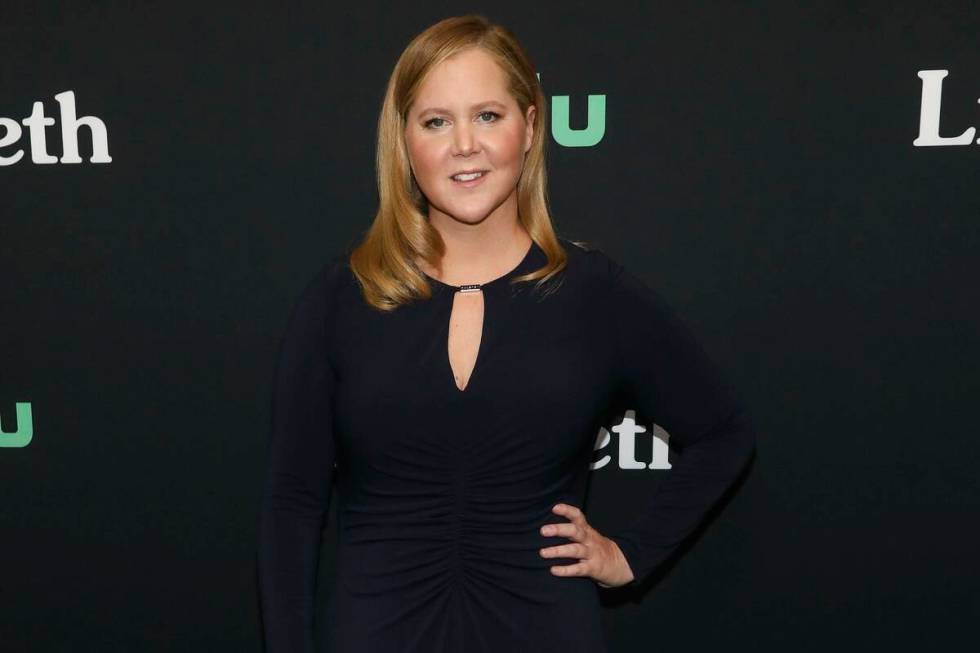 Amy Schumer brought the zingers as one of three hosts of the Oscars last weekend — our favorite, on co-hosts Regina Hall and Wanda Sykes, “This year the Academy hired three women to host, because it’s cheaper than hiring one man.” Expect more knowing barbs directed at … pretty much everyone, herself included, when Shumer returns to town at 10 p.m. Saturday at the Mirage Theater. Tickets start at $111.92; ticketmaster.com.

Alternately brooding and ebullient popster Billie Eilish has a tendency to sing-whisper in a voice that suggests she’s either telling secrets or issuing taunts. Oftentimes, it’s both — simultaneously. The 20-year-old alt-pop phenom will perform her first non-festival headlining show in Vegas — she’s previously played Life is Beautiful and the iHeart Radio Music Festival — at 7:30 p.m. Friday at T-Mobile Arena. Tickets start at $40.50; axs.com.

7. Portugal. The Man and Alt-J 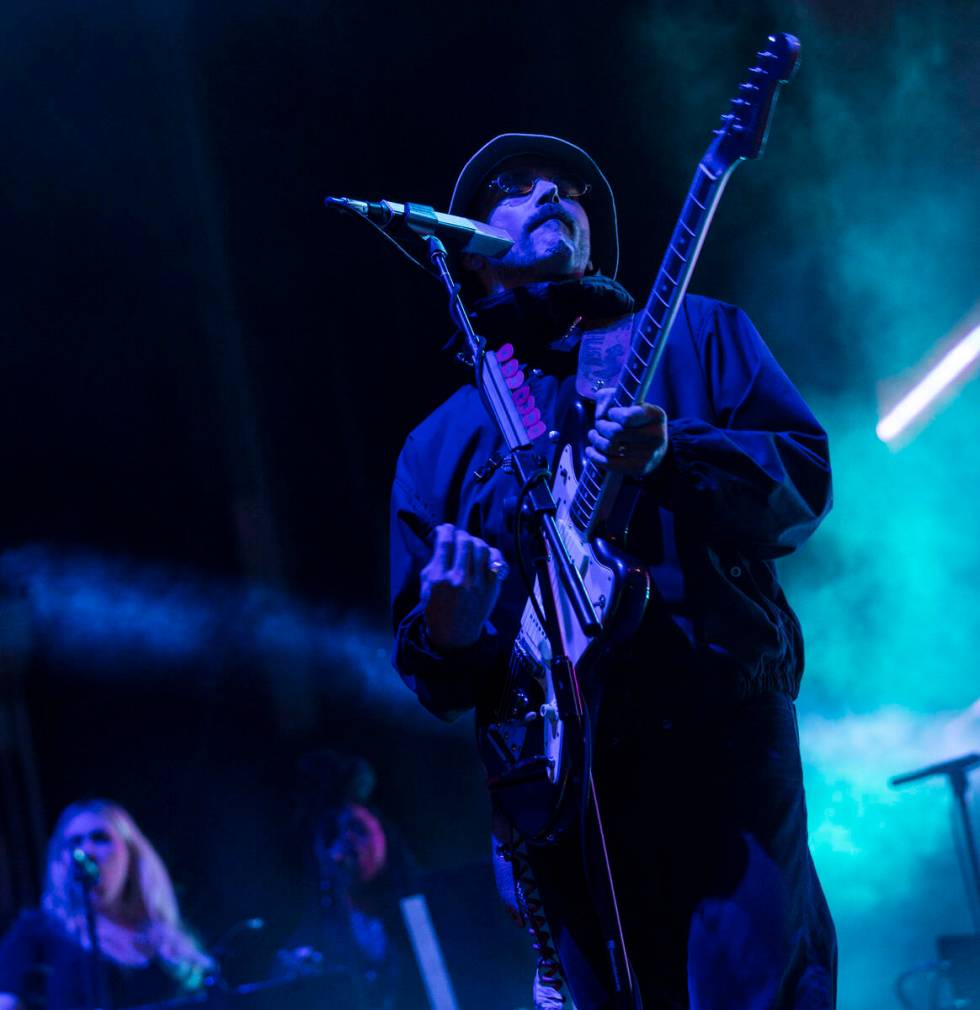 John Gourley, of Portugal. The Man, performs at the Bacardi stage during the first day of the Life is Beautiful festival in downtown Las Vegas on Friday, Sept. 20, 2019. (Chase Stevens/Las Vegas Review-Journal) @csstevensphoto

On their current tour, all-over-the-place alt-rockers Portugal. The Man have been covering Metallica, Slayer, Pantera, Nirvana and Kiss — and that’s in the first four songs of their mashup heavy set list. This from a band that began in post-hardcore circles, took a hard turn toward more jam-friendly fodder and has been best known in recent years for exultant, pop- and hip-hop-indebted hits such as “Live in the Moment” and “Feel It Still.” The group teams up with similarly artistically uninhibited rockers Alt-J at 7 p.m. Sunday at The Theater at Virgin Hotels Las Vegas. Tickets start at $49.50; axs.com.

It will be a bit like stepping into television history. For 11 seasons, Carol Burnett opened her eponymous sketch comedy show by taking questions from the audience. A similar Q&A format will be a central component of “Carol Burnett: An Evening of Laughter and Reflection.” The TV legend also will look back on her career with stories and video clips. See, and possibly interact with, her at 7:30 p.m. Saturday in Reynolds Hall at The Smith Center. Tickets start at $49.

9. Coffee for a cause

Founders Coffee is donating $1 from the purchase of each raspberry almond latte this month to New Vista Ranch, a local group that helps children and adults with intellectual and developmental disabilities. The latte is topped by a pink frill of raspberry whipped cream. Get it at 6410 S. Durango Drive, Suite 100.

Looking for more? Visit our searchable database of Things To Do in Las Vegas.