NFL fans love to share in the joy of college prospects who hear their name called in the draft and walk on stage to put on the hat of their new team.

But not every draft night is a fairy tale.

There are plenty of examples of heartbreak as players who attend the event are left in the green room far longer than expected. They are shown repeatedly on camera looking more and more dejected with each team that passes up the chance to select them. The 21 players scheduled to attend the draft this year in Las Vegas hope to avoid that fate.

Here are some of the most memorable instances of players left at the altar in the green room on draft night: 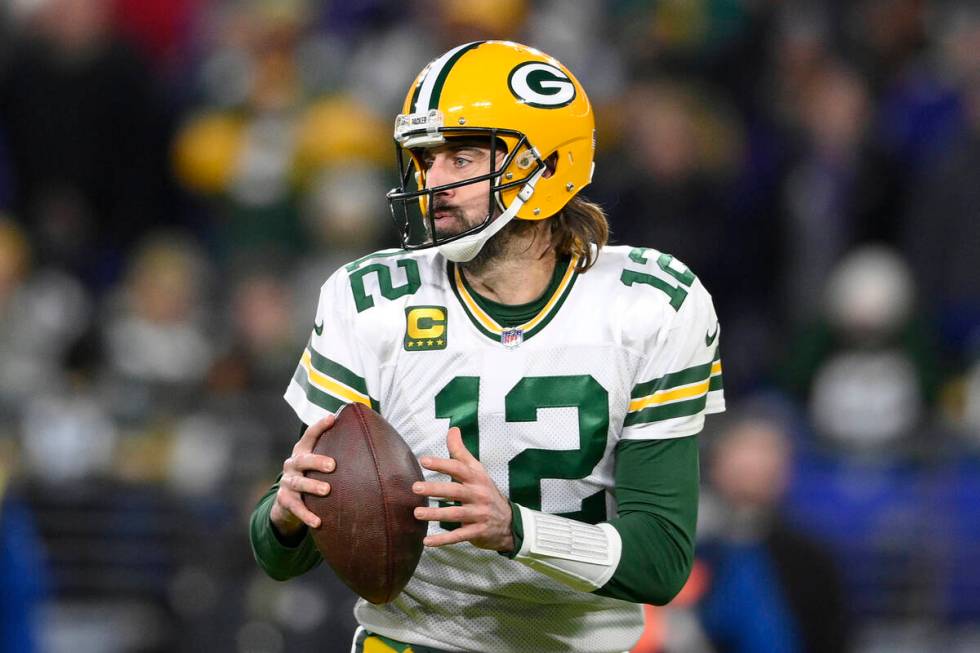 Green Bay Packers quarterback Aaron Rodgers (12) in action in the second half of an NFL football game against the Baltimore Ravens, Sunday, Dec. 19, 2021, in Baltimore. (AP Photo/Nick Wass)

The wait: Only six players attended the draft in New York that year. Quarterback Alex Smith went to San Francisco with the first pick, running back Ronnie Brown to the Dolphins at No. 2, followed by wide receiver Braylon Edwards to Cleveland and running back Cedric Benson to Chicago. Once the Cardinals picked cornerback Antrel Rolle with the eighth pick, Rodgers was all by himself. Fans were left to watch him get more dejected with each team that chose someone else before Green Bay rescued him with the No. 24 pick, even though the Packers already had quarterback Brett Favre on the roster.

The aftermath: It worked out pretty well for Rodgers and Green Bay. He has gone on to win four MVPs and a Super Bowl. The Raiders selected cornerback Fabian Washington with the 23rd pick. 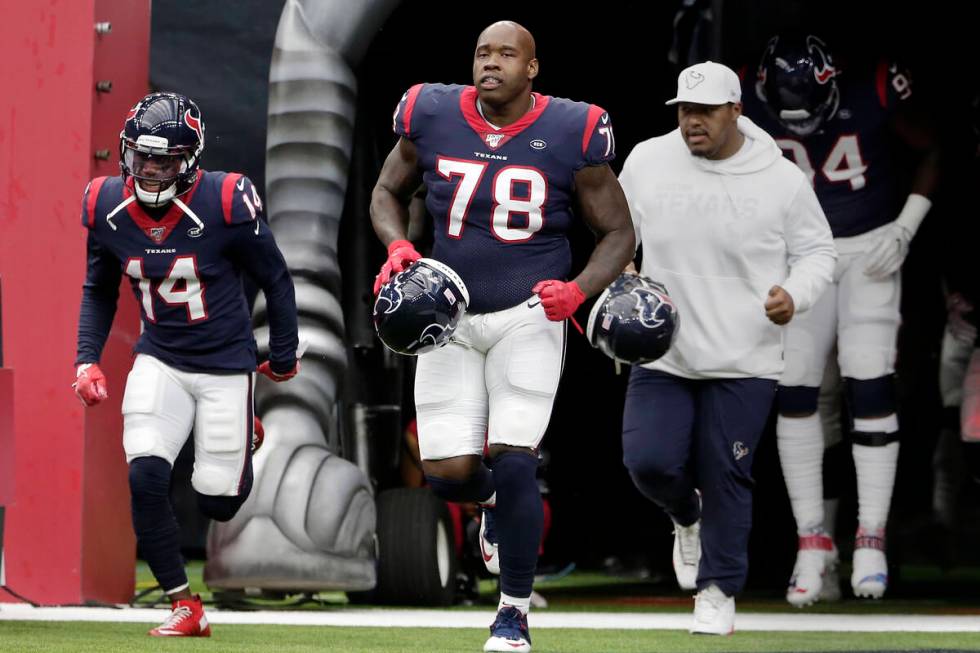 Houston Texans offensive tackle Laremy Tunsil (78) along with wide receiver DeAndre Carter (14) take the field with the rest of the team before an NFL football game against the Los Angeles Raiders Sunday, Oct. 27, 2019, in Houston. (AP Photo/Michael Wyke)

The wait: His notorious draft slide brought the green to the green room. An immense talent who had generated plenty of buzz as the potential No. 1 overall pick, Tunsil was the victim of an apparent hacker who published a photo of him smoking marijuana out of a gas mask that was posted on Twitter and then deleted just minutes before the draft. With teams not having time to vet what had happened, Tunsil began tumbling down the draft board as the drama unfolded live on television. Miami stopped the slide at No. 13, after two tackles had been taken ahead of Tunsil. After he was selected, an Instagram account appeared to show a screenshot of a text conversation showing Tunsil accepted money while in college at Ole Miss. That post was also deleted, but Tunsil admitted the transgression.

The aftermath: Tunsil has made two Pro Bowls and signed a three-year, $66 million contract with the Texans in 2020. 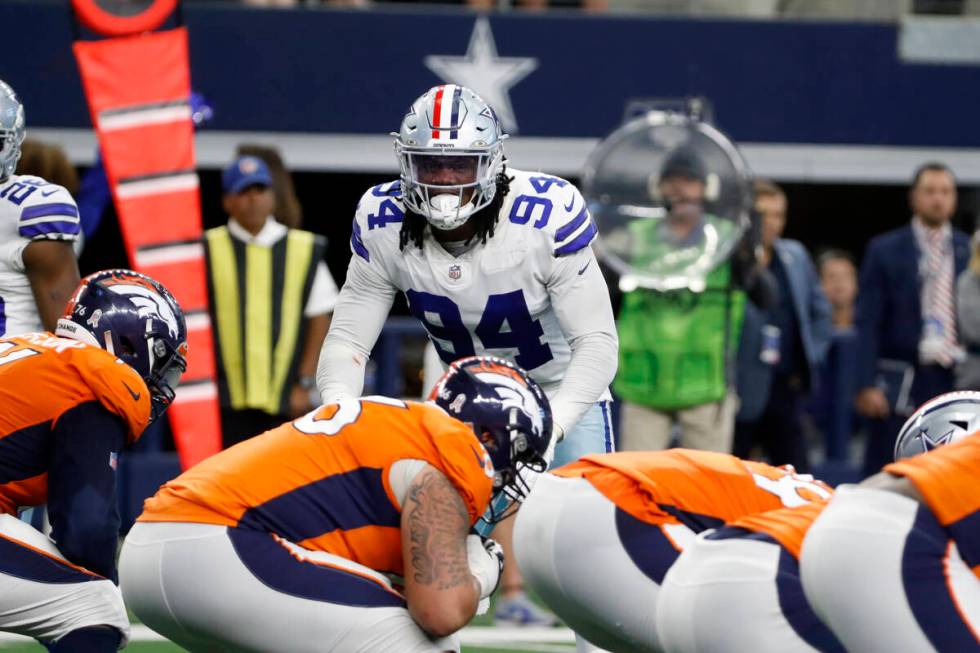 Dallas Cowboys defensive end Randy Gregory (94) waits for the snap during the second half of an NFL football game against the Denver Broncos in Arlington, Texas, Sunday, Nov. 7, 2021. (AP Photo/Roger Steinman)

The wait: The Nebraska standout was a top-10 player on draft expert Matt Miller’s list of best available players headed into the draft. Gregory showed up for the festivities believing his status in the first round was secure. Instead, he had to return to the green room a second night after not being selected in the first round. Gregory reportedly failed a drug test at the combine, missed several pre-draft meetings with various teams and had too many red flags for teams to invest that much draft capital. He finally went 60th to the Cowboys.

The aftermath: Gregory has served multiple drug suspensions during his time in the league, but he had six sacks in 12 games last season to earn a five-year, $70 million deal with the Broncos. 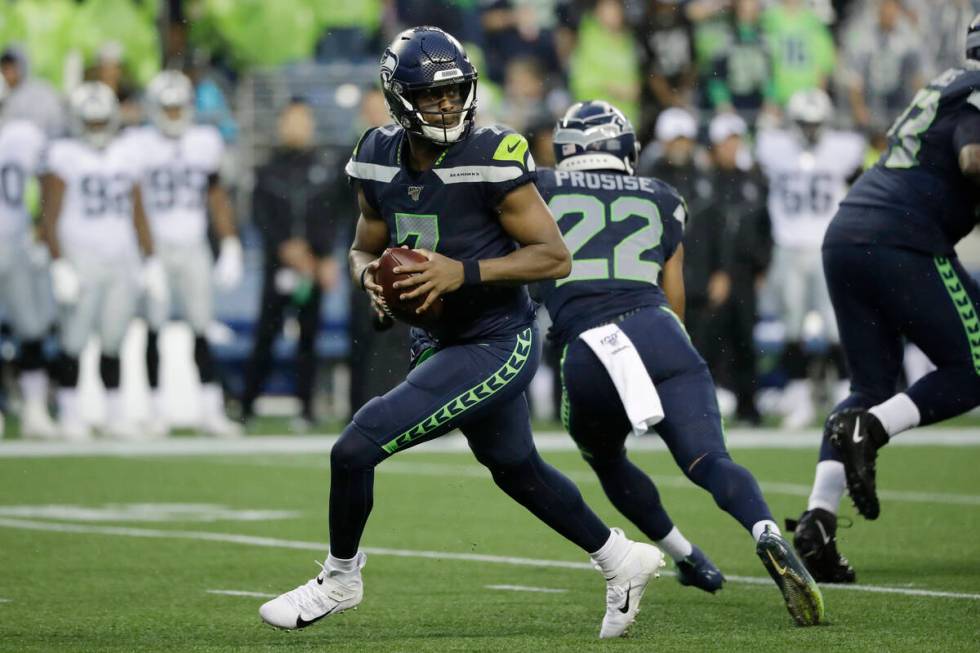 Seattle Seahawks quarterback Geno Smith drops back during the first half of the team’s NFL football preseason game against the Oakland Raiders, Thursday, Aug. 29, 2019, in Seattle. (AP Photo/Elaine Thompson)

The wait: An image of the former West Virginia star in the green room with his head in his hand lamenting his draft-night slide has often been circulated on social media. He was clearly battling emotions each time he was shown on camera as the potential top-five pick made it all the way through the first night of the draft without being selected. Smith told reporters he would fly home instead of going through that again on day two, but he ultimately changed his mind and was there when the Jets picked him with the seventh selection of the second round.

The aftermath: He has made 34 starts for four teams over his 10 seasons in the league and just signed a one-year deal to remain in Seattle. 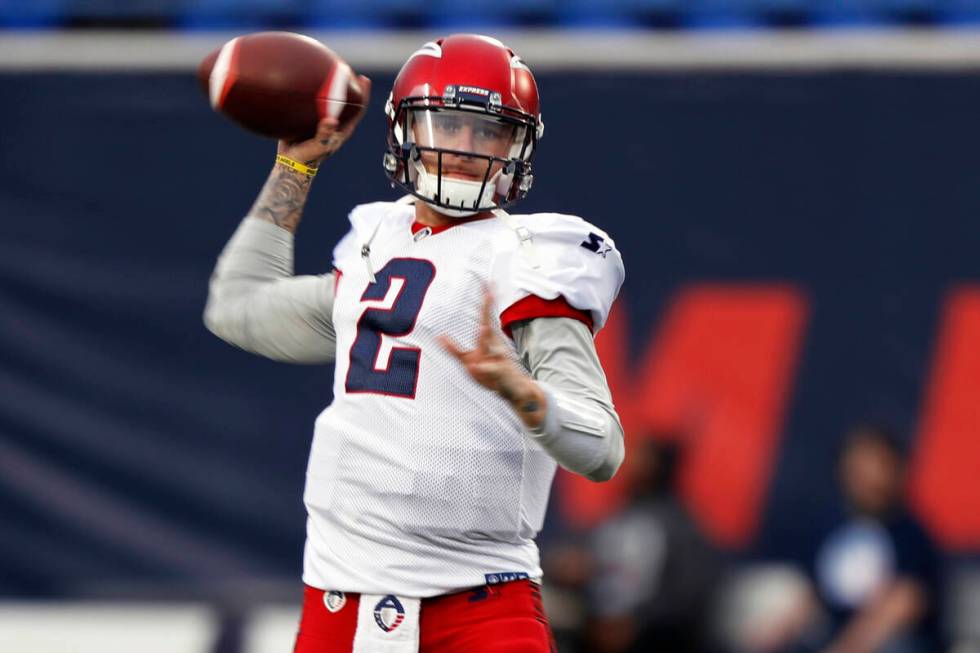 The wait: His draft slide wasn’t necessarily stunning, but his level of popularity and notoriety made this one of the more memorable green room waits ever. One blog attempted the count the number of times the ESPN broadcast mentioned the Texas A&M and social media star during the four-hour wait before he was picked No. 22 by the Cleveland Browns and arrived at 113. Manziel sipped water, first from a cup and then a bottle, adjusted his collar, checked his phone and looked genuinely uncomfortable. Someone even doctored a photo to look as if he started chugging beers.

The aftermath: Manziel lasted just two seasons in the NFL, making eight unremarkable starts. He has had stints in the CFL, AAF, Spring League and now Fan Controlled Football.