The NFL Draft Experience will offer fans the opportunity to participate in immersive exhibits, sponsor activations, pose for photos with the Raiders’ Vince Lombardi trophies and enjoy the youth-focused Play 60 Zone. Fans will also be able to shop for exclusive merchandise at the NFL Shop, all while taking in the sites and experiences of the lively Strip.

Free entry to the draft

To attend the draft, fans are required to register for NFL OnePass at NFL.com/OnePass. Fans can download the NFL OnePass app to play games, receive digital content and enter for a chance to win exclusive prizes, including a grand prize trip for two to Super Bowl LVII in Arizona.

Small cameras and binoculars will be permitted.

Fans will be allowed to enter with an empty, reusable water bottle to fill while at the event.

Bags smaller than 16 x 14 x 12 inches are permitted and are subject to X-ray screening.

Small purses and clutch bags will be carried through screening.

Large bags can be secured at provided lockers.

Race down the field against your opponents and digital versions of NFL players on a giant 40-yard-long LED wall.

Step right up and take your shot at kicking a field goal just like the pros.

Test your long-distance accuracy by throwing a deep pass over defenders into a drop-in net.

How do your quarterback skills stack up against this year’s FedEx Air NFL Player of the Year nominees?

Prove you have the rushing skills of the FedEx Ground NFL Player of the Year nominees by catching a punt and weaving through traffic down the field to the end zone.

Test your accuracy by tossing a football through a target net.

A picture is worth a thousand words. Show all your friends and family how much fun you are having at the Play Football photo booth. 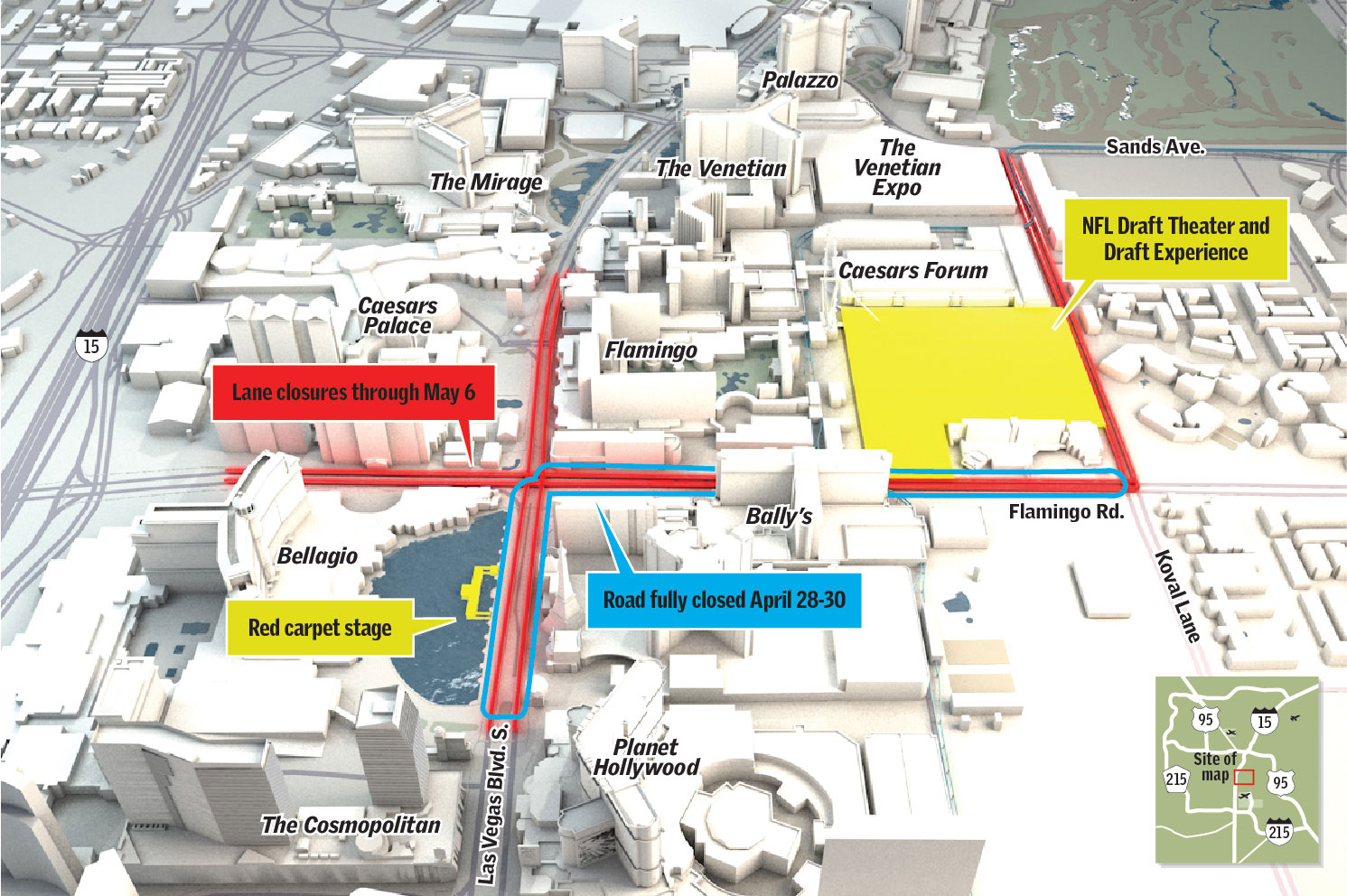 WHEN CAN I SEE THESE EVENTS?

Note: all times are approximate 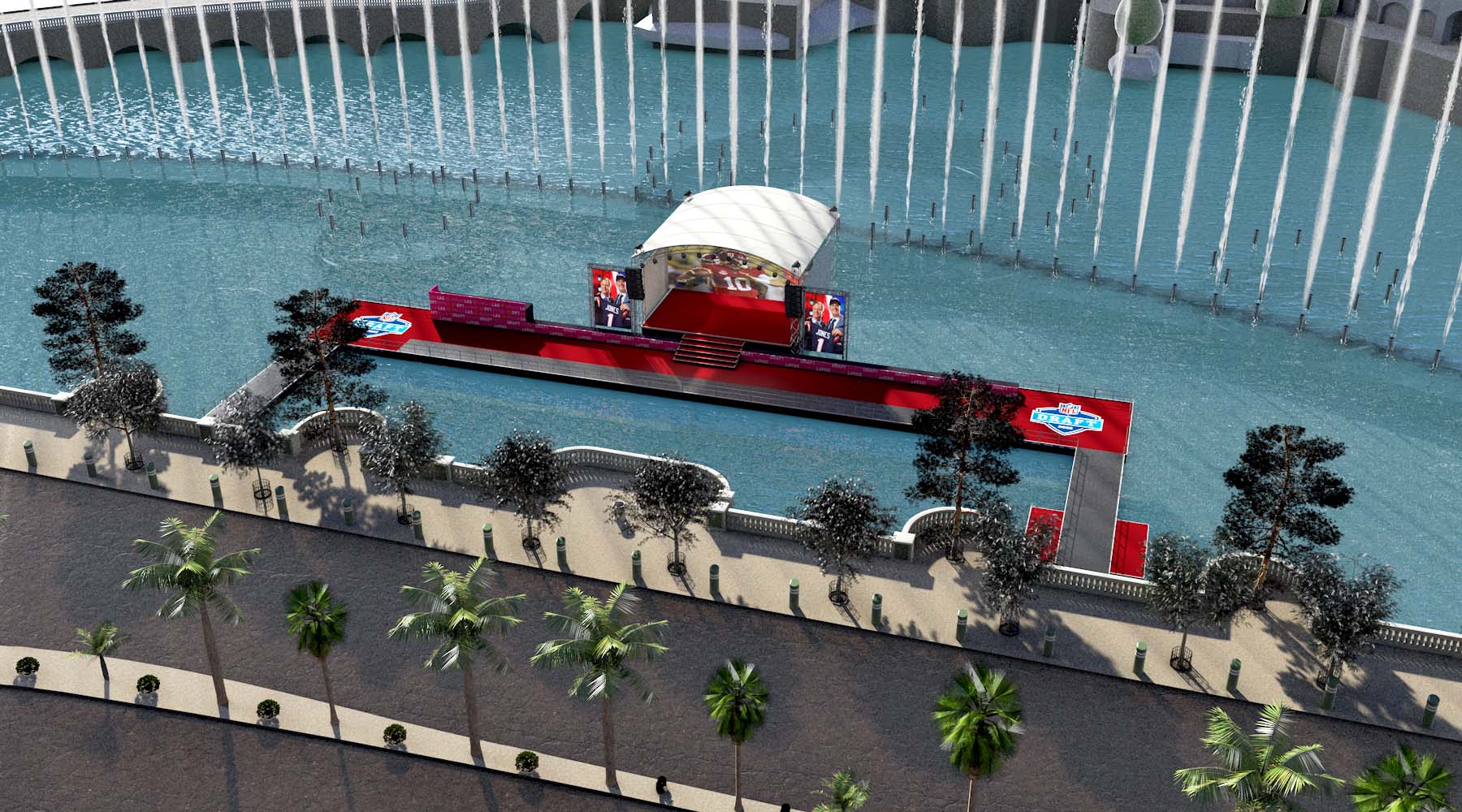 Built on the Fountains of Bellagio. Prospect interviews on the red carpet will offer fans their first look at the future stars of the NFL. The stage will also host a number of Las Vegas acts. 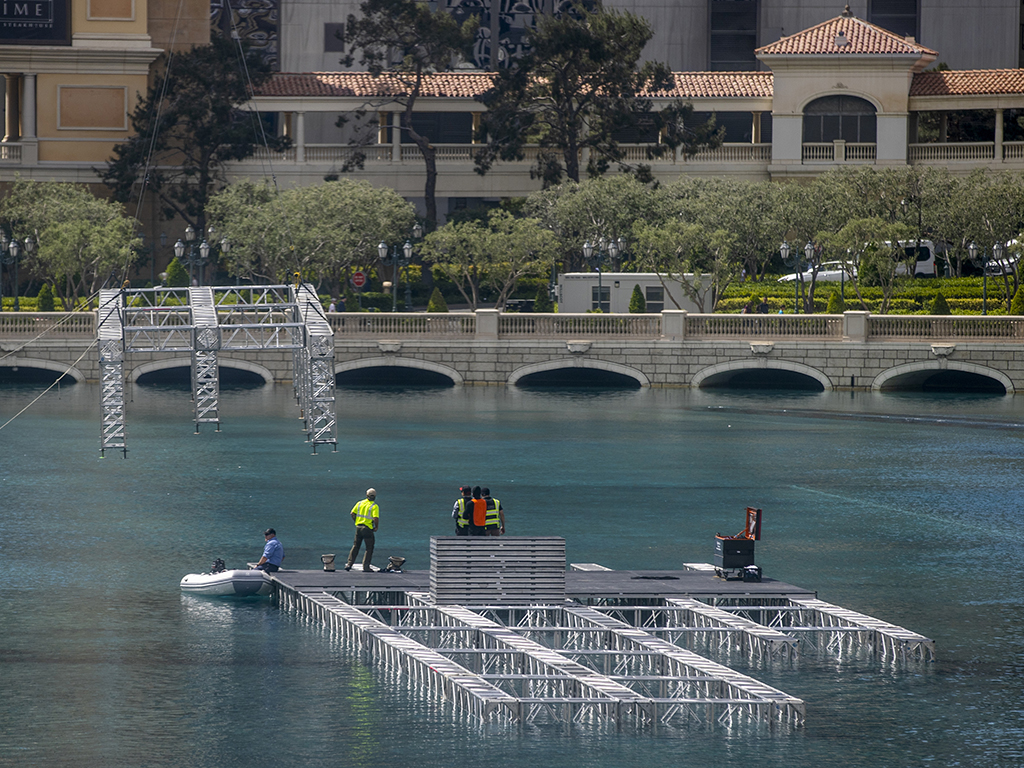 Fans will also be able to view the Draft Theater, where prospects will take the stage to celebrate being selected to their new team. General fan viewing will be on a first-come, first-served basis and is standing room only. The draft will also be broadcast on multiple screens throughout the event site.

After drafting is done each day, there will be concerts in the Draft Theater. Concert viewing is on a first-come, first-served basis and standing room only. Vegas group David Perrico & the Raiders House Band will provide entertainment in between draft selections.

Yellow section is for VIP seating

The NFL draft will be broadcast on NFL Network, ABC, ESPN and ESPN Deportes. 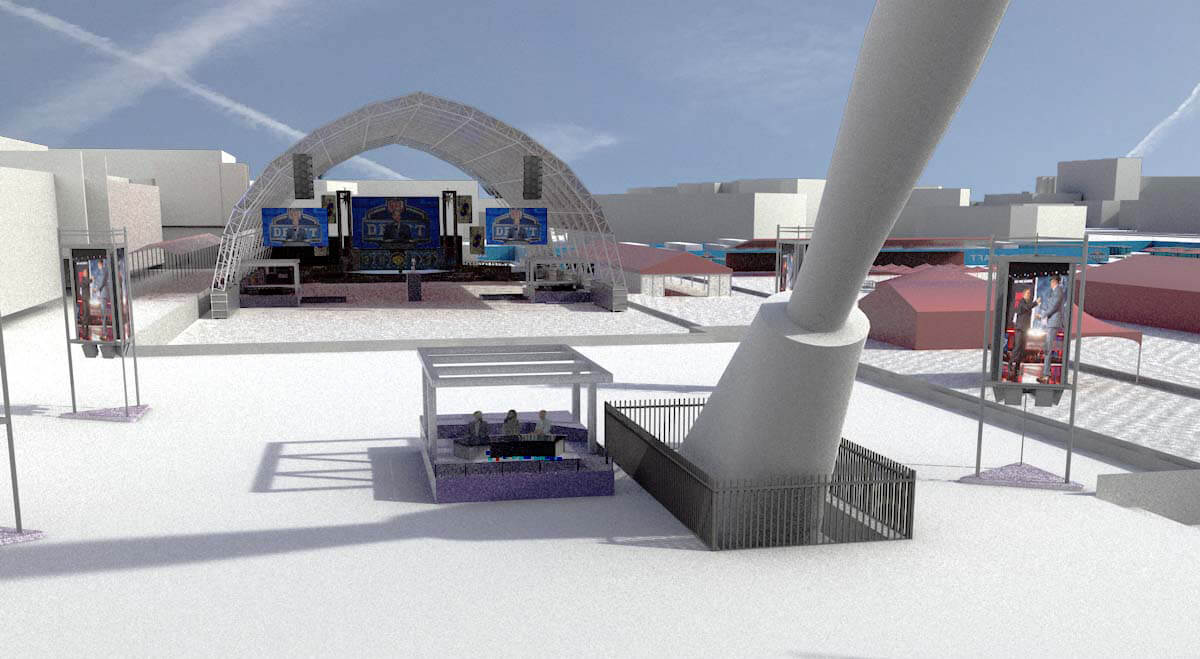 See all 55 Super Bowl rings up close and take a unique digital photo with your favorite ring on your finger.

Fans can get free autographs from current NFL players and legends at the Panini Autograph Stage. 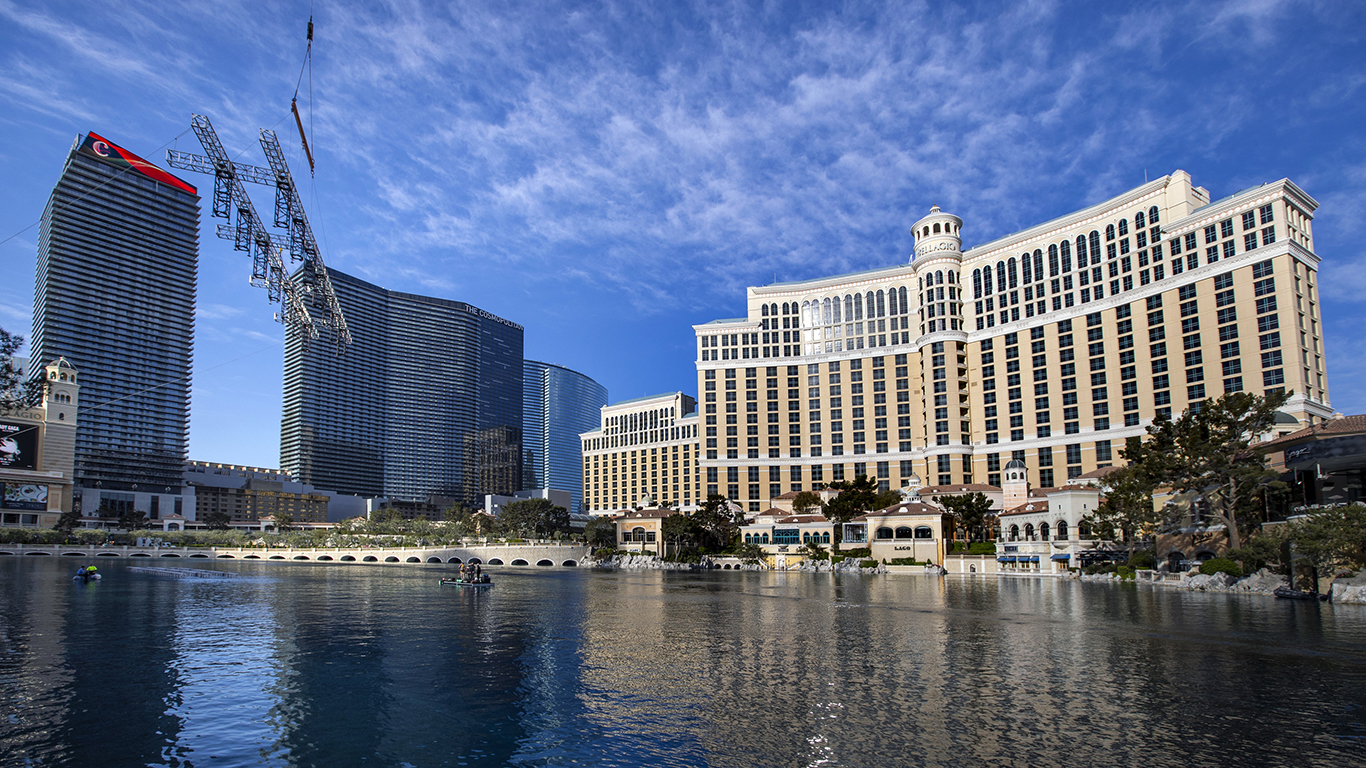 different city to host the draft 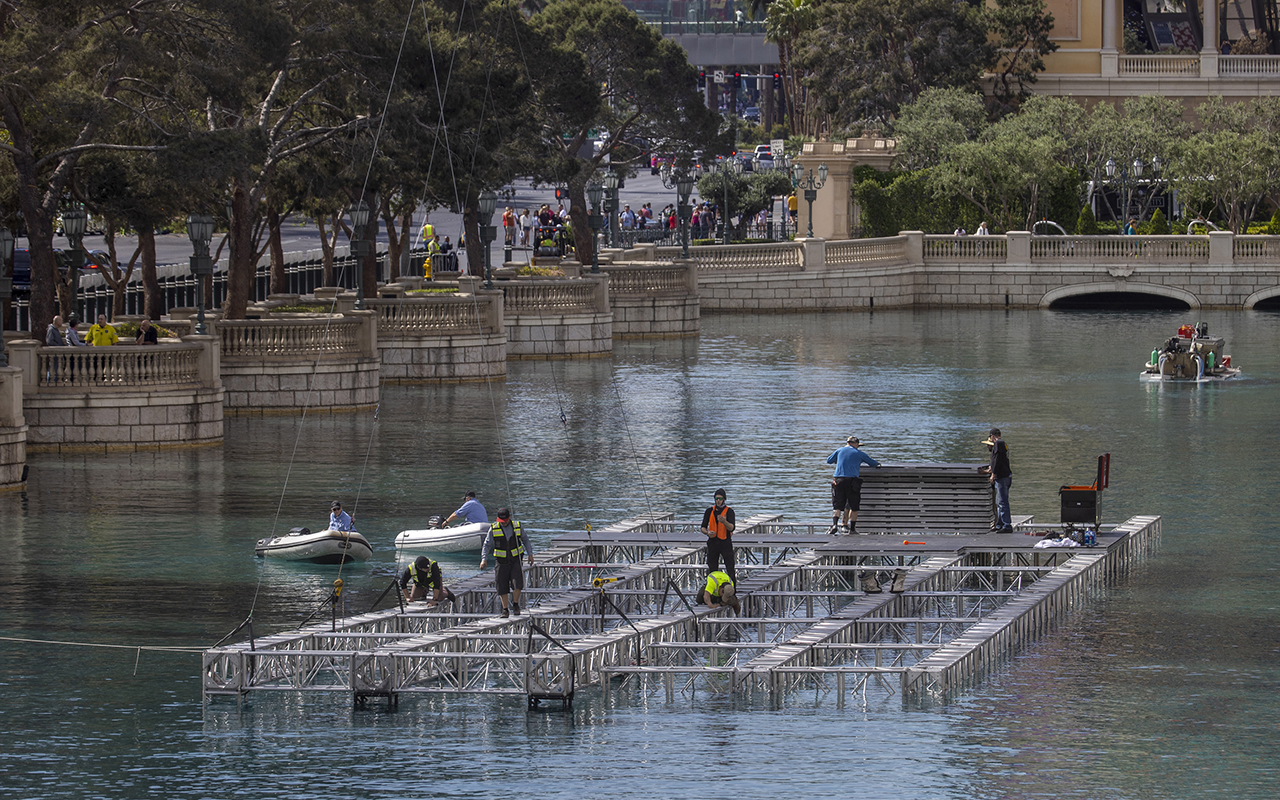 pick goes to the Jaguars

picks for the Dolphins, the fewest of any team

picks for the Chiefs and Jaguars, the most of any team 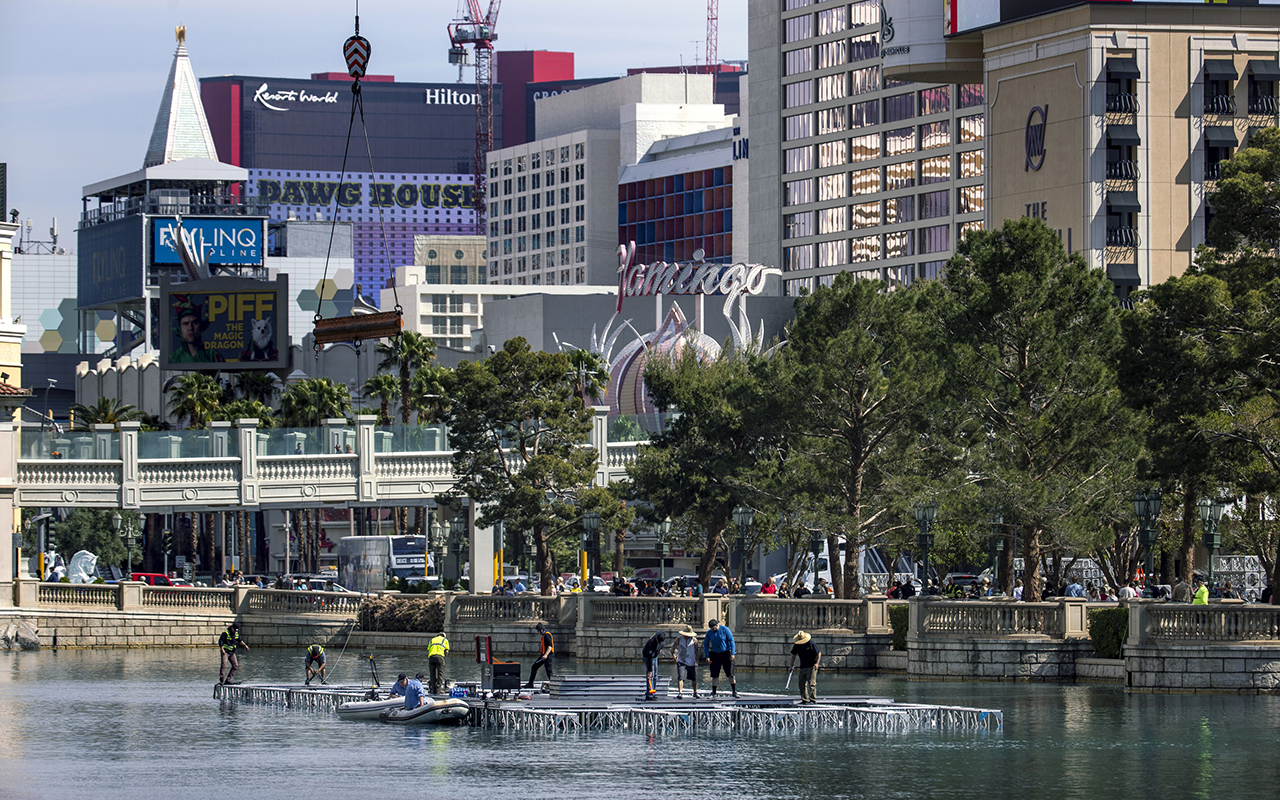