Title IX was the landmark legislation signed by President Richard Nixon on June 23, 1972, that was meant to provide equitable educational opportunities for females but had the unforeseen effect of altering the athletics landscape.

Because of Title IX, females compete in sports in numbers not seen before the law’s passage, changing lives throughout the country and even the world.

Women who are administrators, coaches and athletes with Southern Nevada ties provided their thoughts on what Thursday’s 50th anniversary means to them. 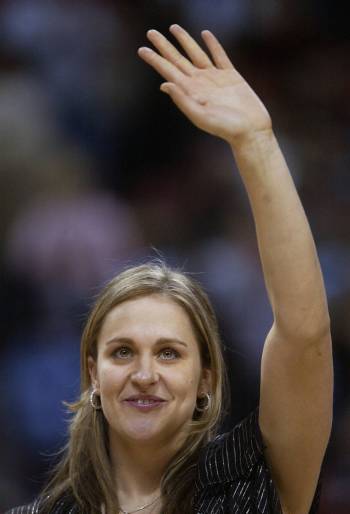 USBWA National Freshman of the Year (1999)

“When I came to America (from Germany) to play college basketball, Title IX was the standard treatment that I was given, and it was something that ‘just was.’ It was something that I took for granted. With this anniversary, I am truly for the first time challenged to think about those who stood up for ‘my normal treatment.’ These days I now wonder what my future would have been without the resilience of those fighting for equal treatment. As a mother now, I will keep striving to improve the ‘tomorrow’ of my daughter and her peers, and I pray that she will be able to take it for granted as well.” 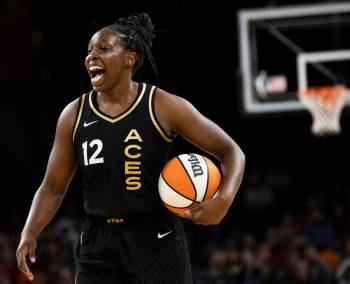 Aces guard Chelsea Gray (12) celebrates a big offensive play in the first half during a WNBA basketball game against the Phoenix Mercury on Tuesday, May 17, 2022, at Michelob ULTRA Arena, in Las Vegas. (Benjamin Hager/Las Vegas Review-Journal) @benjaminhphoto

“It means we can do the things we love without even thinking about it. We get to enjoy a beautiful, beautiful game. This is our work, but when we go out in the real world, we’re able to see people that look like us, other women, in powerful positions. But at the same time, we understand how far we’ve come and how far we have to go. Appreciate where you are now, but there’s a lot, lot more room for growth.” 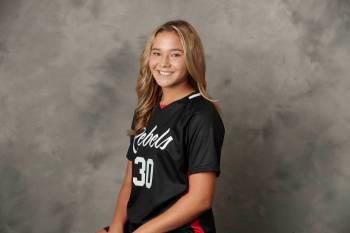 “Title IX has opened the door to opportunities for women to showcase their talents and hard work, all while gaining the financial support that we’ve long deserved. To have these opportunities in sports has made me feel more fulfilled and recognized as a Division I college athlete. Title IX makes people recognize women as the same hard-working and talented athletes as their male counterparts. It has made me and many of my teammates feel powerful and in control of our future as athletes.” 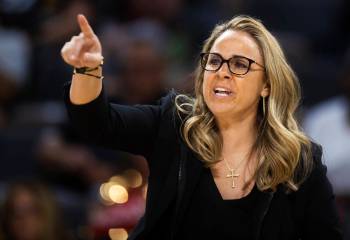 Aces head coach Becky Hammon directs her team in the second half during a WNBA basketball game against the Los Angeles Sparks on Monday, May 23, 2022, at Michelob ULTRA Arena, in Las Vegas.(Benjamin Hager/Las Vegas Review-Journal) @benjaminhphoto

“We’re super grateful for the people that came before and fought much tougher battles so that we didn’t have to fight those kind of battles. We’re still having to fight the same battle in a lot of sense, but there’s been progress, so we want to be great ambassadors and continue to build on that progress so that the next one coming up has the same amount of opportunity, if not more. I’m a living piece of Title IX. My whole life has been incorporated around sports. It’s hard to articulate how big of a deal that is. It started back in ’72, but even before that, the generation before that and the generation before that, women fighting to play sports. You see girls that are involved in sports have higher self-esteem. They’re more likely to stay in school, to stay out of trouble.” 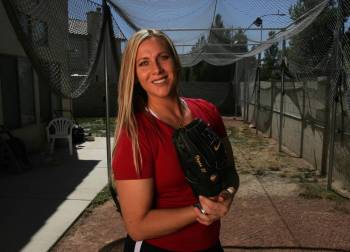 “I look back on my career and realize how fortunate I was to play under the protection of the Title IX bill. I am grateful to those who paved the way and look forward to continued progress for future female athletes.” 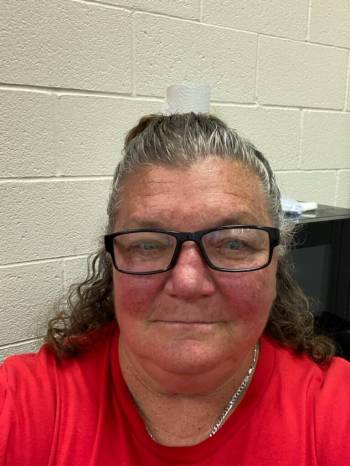 “Our athletes today carry on that legacy of fighting for what Title IX kick-started 50 years ago. Title IX hasn’t been only about women equally in playing sports. It represents every woman fighting for equal rights, equal pay, equal opportunity in all areas of the work place. We have come a long way, but there is work still to be done to continue bridging the gap.” 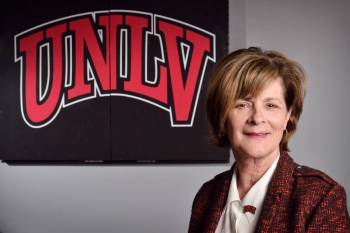 UNLV athletic director Tina Kunzer-Murphy is shown in her office at the Thomas and Mack Center on campus at 4505 S. Maryland Parkway in Las Vegas on Tuesday, March 1, 2016. Bill Hughes/Las Vegas Review-Journal

“Fifty years of Title IX has brought more changes and advances for women participating in sport than I thought possible back in 1972 when this legislation passed. It has always been a law that most didn’t understand and so many ADs felt was going to be the end of college football. Ha! But in the ensuing years, what it gave women is the basic fundamental right to participate. These trailblazers of women did so with the propensity to perform at the highest level — put up with the inequities that so many women faced — and yet strived to be the best they can be.” 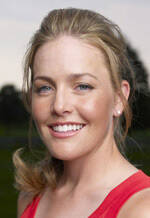 “I feel very fortunate that I was born in the time I was because I love sports so much. It’s such a part of me. I feel very honored that I got the opportunity to compete in sports and grow and be better because of it. Not only just out playing in the street with my buddies goofing off but in actual competitive collegiate and professional sports. It just was such an honor and was so much fun. I’m grateful to all those folks that went ahead before me to allow that to happen.” 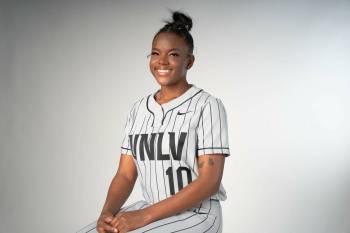 “When I was old enough to realize what college softball really was, I idolized Oklahoma pitcher Keilani Ricketts. I always looked up to her; I always wanted to be her. She encouraged me to work my butt off with pitching because it would open doors that wouldn’t open for others. What she did at Oklahoma, and in her pro career, helped me realize there was more to softball than playing games. Sport was an opportunity to provide for an education and possibly a career. Title IX provided her an opportunity to inspire me, and I hope I’m doing the same for the next generation.” 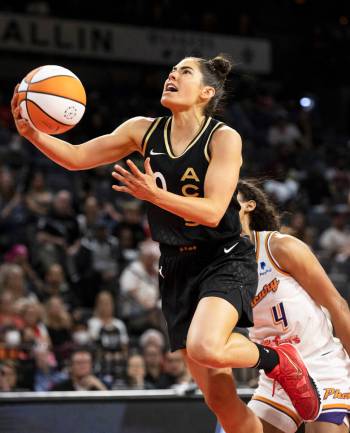 “It has transformed my life in terms of going to play in college (Washington) and then professionally. My mom (Katie) was a college athlete (UC Davis volleyball), and that was post Title IX, but it wasn’t being fully instituted then. She would tell me some of the stories of what she went through and the resources that they had. The softball coach was also the volleyball coach was also the tennis coach. I’m grateful for the opportunities it’s given me, but we’re not satisfied because it’s still not really as equal as we say it is and we want it to be, and so we continue to push for that.” 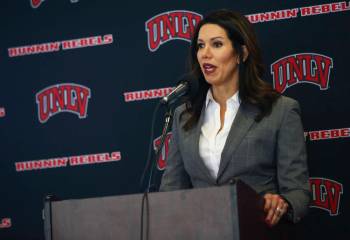 “I stand on the shoulders of so many pioneering women like (former longtime athletic director) Debbie Yow, who not only showed me that we could be anything we wanted to be but who demonstrated what excellence looks like. I believe strongly that my generation of female leaders has a responsibility to give back, to do our part to empower and mentor those who are on the rise. And one day, it will be just right when female CEOs in any field are not asked what it is like to be a woman in a position of leadership but rather what it is like to be a CEO.” 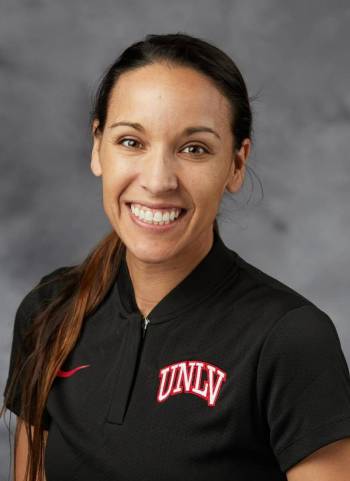 “Title IX helped construct a road for women to walk, by means of sport and competition. What is so powerful is that the road is now paved, had lights, and was wider, increasing the number of young girls who could take advantage of these new exciting things along the way. For me, it provided an opportunity to pursue an education while competing fiercely for UNLV.” 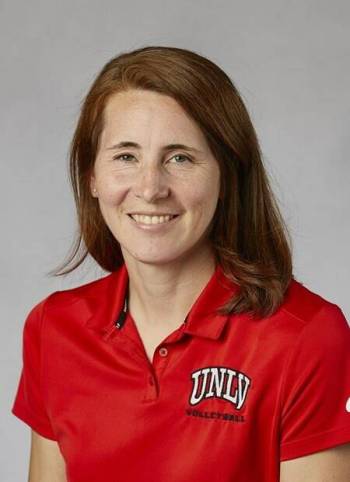 “Title IX has provided educational and athletic opportunities for countless millions of females in the last 50 years. These opportunities were not just about getting the chance to do something that had previously been off limits to them. Title IX isn’t just about providing academic and athletic opportunities for females. It is about providing hope. It is about the opportunity for females to build a bigger and better future for themselves. It is about little girls and women starting to truly believe that the sky is the limit. Title IX is why I am a Division I head coach today. From the opportunity to play sports with boys in a middle school that did not have enough girls for a girls team, to earning a college scholarship and then to coaching female sports in college … all of those opportunities were provided by the passing of Title IX.” 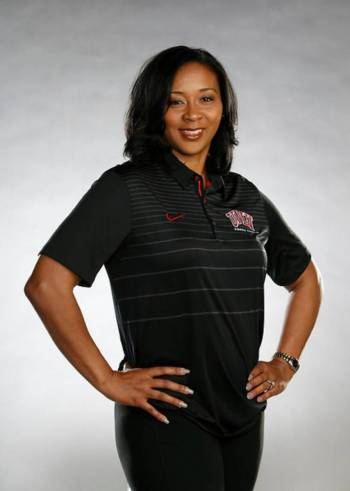 “As I moved from coaching to athletic administration, I see the numbers of women in athletic leadership roles growing. We still have so much more work to do, but female student-athletes can definitely look up and find female role models that are proof that if you want something bad enough and put the work in, it can be done.” 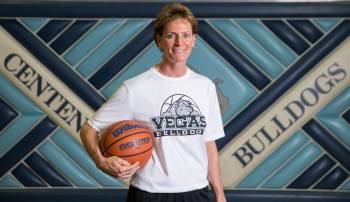 “When Title IX was first put into place, it was much needed due to the inadequacies and the inequality that was happening for women at that time. So there had to be a starting point in order for women and girls to gain their place into society in the world of sports that was so male-dominated at the time. As time has gone along, I think it’s been twisted and turned at times to maybe not always be the best fallback that some people use it for. There are some situations where people need to learn what hard work is, and it shouldn’t be just gifted to you. But then you had the weight room that the men had the NCAA Tournament a few years ago and the one that the women had. There’s no excuse for that when the women do generate a ton of money to be able to have the same weight room and meal plan and all that as the men do. They’ve worked their butts off for that.” 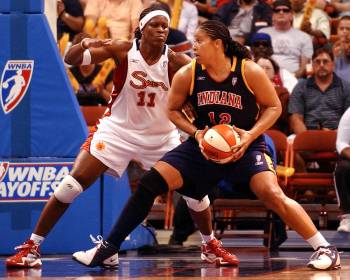 “As a young girl, Title IX allowed me to look up to amazing women like Cheryl Miller, who I dreamed of emulating. Without Title IX, I would not have been able to go to the storied UCLA, where I experienced a once-in-a-lifetime career and was challenged to reach a potential I never dreamed possible. Having these amazing opportunities gave me great confidence and belief in myself. Title IX opened up doors allowing me to believe I could accomplish anything.” 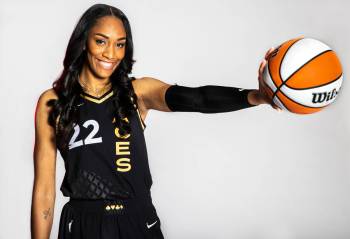 “I think it’s the beauty of seeing how much sports has grown and how much Title IX has affected all of us in a good way, but at the same time, we still see the work that needs to be done. It’s on us in this generation to continue to push, to continue to shatter and crack that glass ceiling for the next generation to plant those seeds. I love where we are, but I’m never satisfied in that case.” 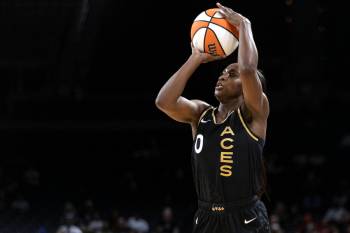 Las Vegas Aces guard Jackie Young (0) shoots against the Minnesota Lynx during the second half of a WNBA basketball game at Michelob ULTRA Arena on Thursday, May 19, 2022, in Las Vegas. (Ellen Schmidt/Las Vegas Review-Journal) @ellenschmidttt

“I think of how far we’ve come. As a whole, women are getting more opportunities now. That’s a good thing for us, especially this league. The coverage that we’re getting now is better than it’s ever been. I’m hoping that will keep moving in the right direction.”